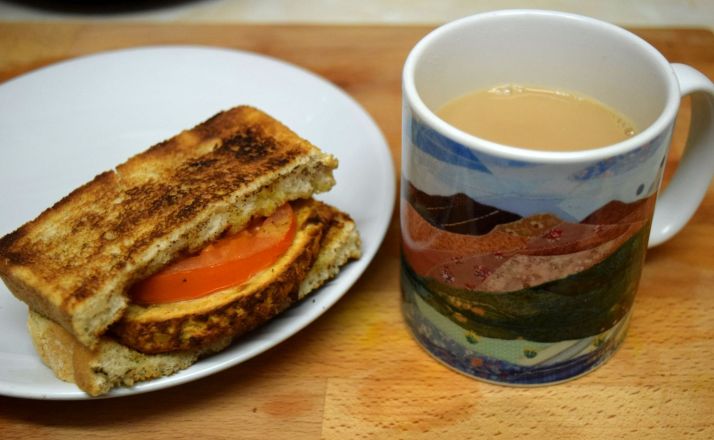 Mash the meat of a slow-cooked whole chicken to the consistency of breadcrumbs. Mix in a soft-fried fine-chopped onion, a mashed boiled carrot and two crushed garlic cloves. Mix everything together with 2 eggs and a teacup of breadcrumbs. Make burger shapes on a floury board and fry in olive oil. Makes 10 burgers. Two between some buttered bread with a bit of salad, and with a cup of tea (and including cost of electricity), about 95p a meal.

I tried them on their own at first, as in the picture, but later decided better as a proper burger. 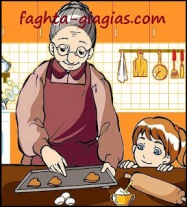 who says she gained her love of cooking from her grandma, who advised her at a young age to learn the basic rules and skills of cooking, but then to experiment.

“We should not be slaves of recipes, the quantities and the scoop, but let our instincts and, above all, our love lead us. In other words, we must be convinced that cooking is an act of love, a gift, a way to share with others the experiences that simmered in the eyes of our kitchen.“

An impressive web site which, thanks to Google Translate, I’ve been exploring.