This is arguably the recipe that brought Jack Monroe into the limelight and the first one that I tried. 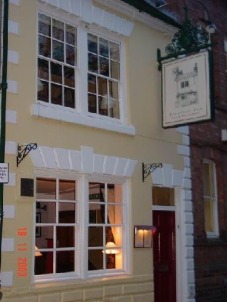 The original 2013 blog (superseded by www.cookingonabootstrap.com in late 2015) where this and other recipes were originally posted are archived here, and a BBC Business article featuring Jack a couple of weeks later here. I discovered the recipes in 2015 and their simplicity and low cost got me interested in cooking for myself.

I did a bit of basic cheffing many years ago, and it was these articles that promoted me to ‘take up the knife’ again.

Astonishingly, discovered a single ‘web ghost‘ showing the place I used to work, although the date stamped on the photograph (2003) is impossible – the business was dissolved in 1997 (I was there a few years earlier) and has changed hands and names several times since. Mixed memories, but mostly great fun and window into a world I could never have imagined. 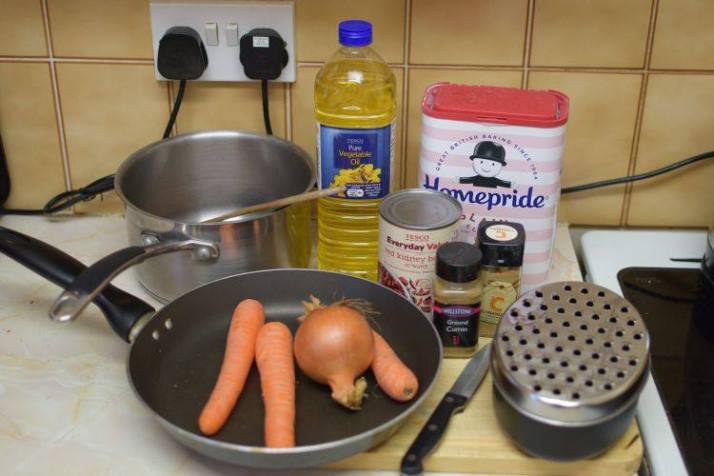 For my version of the CCK burgers I finely chopped an onion, grated three smallish carrots, and then located the dustpan and brush and swept up all the bits of onion, peel and carrot chippings which had appeared on the kitchen floor and elsewhere.

Drove to Tesco to buy a proper can opener because the budget one I got from there didn’t work and was grinding bits of metal into the tin of kidney beans I was trying to open. Spent a few pounds on a decent one, and successfully opened the tin.

Rinsed the goo off the beans, covered them with water in a saucepan, brought to boil then simmered for 15 minutes. Meanwhile soft fried the veg.

Mashed everything together with a heaped teaspoon of flour and teaspoon each of cumin and coriander powder, then with floury hands made burger shapes and browned them off in the frying pan. 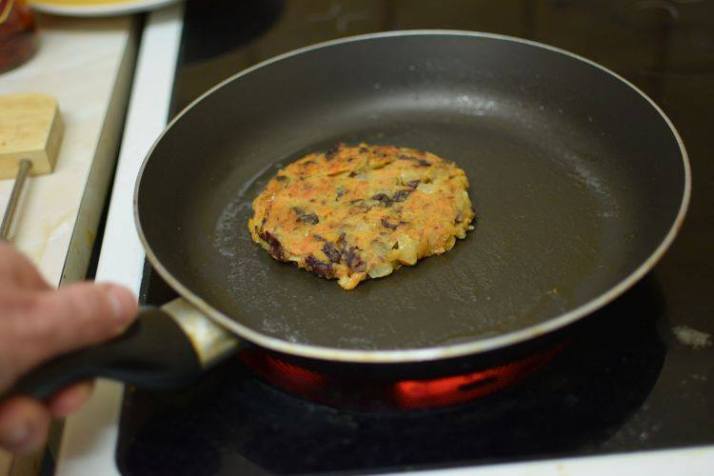 Toasted some brown bread and made a burgerwich. With a dash of tabasco it was excellent.. There was enough mix left to make 4 more. Cost as a meal (inc. bread, butter, tea and electricity, but not petrol to get to Tesco and get the new can opener), 20p. 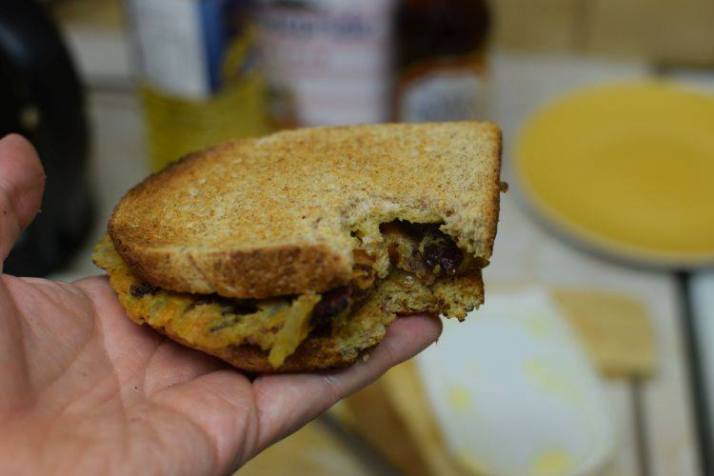