My favourite subatomic particle is the quark, simply because it was first theorised the year I was born and confirmed by scientific observations shortly after. Higgs-Boson particles were actually theorised the same year, but they took half-a-century and billions of pounds, dollars and euros to have their existence proven. 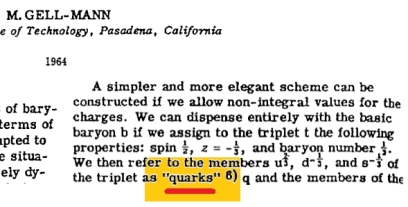 The man who theorised the existence of quarks named them after a word he saw in a nonsense rhyme by James Joyce.

James Joyce was referring to the name used for a kind of light, soft, saltless cheese, made from curdled and strained milk with no other added ingredients. It was seen as a simple, downmarket product, and it was probably in this sense that Joyce was using the word as slang for ‘rubbish’ or ‘leftovers’.

Hence, from this string of temuous connections, I name this recipie, ‘Subatomic Cheesecake,’ because it it made with quark. It could also be made with Philadelphia or the more familiar supermarket soft cheeses, but I wanted to retain the natural lightness of fresh quark.

Crush the biscuits thoroughly and mix with the butter/marg. There are various clever ways of doing this, such as in a bag or rolled up inside a tea towel, but I simply whacked away at them in a bowl with the end of a rolling-pin. Useful therapy after a stressful day at work if you need one.

Press this mixture into the bottom of a cake tin – the kind with a removable bottom if you have one.

Mix the quark with the sugar thoroughly and spoon it over the top of the biscuit base.

Add any toppings such as raspberries or chocolate chips at this point, then put it in the fridge for at least half-an-hour – it’s best cold. 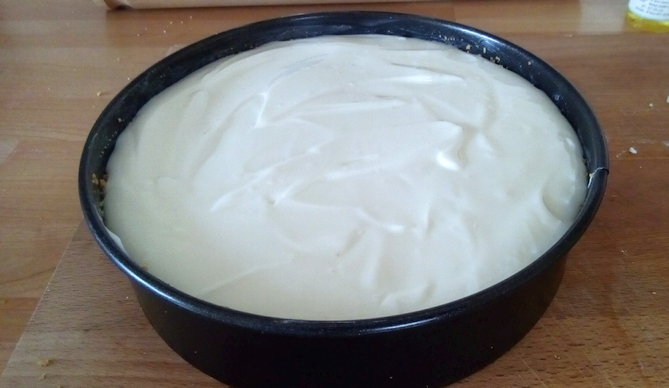 A bit of a challenge to get it out of the container on to a plate, but it can be done, or just serve straight from the container. £1.60 to make and theoretically serves six at 27p a portion, but I managed to personally eat half of the one I made within a very short time.